How we started Indian Arthroplasty Association 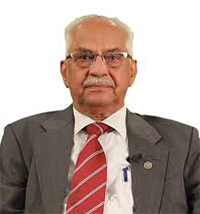 Arthroplasty is comparatively a later super-specialty of Orthopedics in India. Till 1970 only operations commonly practiced worth endoprosthetic operation (mono / bipolar) was mainly done for sub-capital, fractures in the elderly, non union neck femur and in exceptional case of AVN incidence which was rising in view of uncontrolled use of cortisone and alcoholism. Hip Arthroplasty was commonly practiced in the later part of the 20th century. Challenges during those times were non availability of instrumentation, lack of infra structure and training. Dr K T Dholakia and Dr K V Chaubal in Mumbai, Dr K H Sancheti in Pune, Dr P S Maini in Delhi, Dr ON Nagi in Chandigarh did conventional cemented Hip Arthroplasty. In 1980 at the Silver Jubilee Conference of Indian Orthopaedic Associatiionin Mumbai, I had the good fortune of organizing the first live demonstration of Charnley’s cemented mono - block femoral and plastic cup. There was an excellent interaction among the delegates. There was however quite an amount of resistance from the senior faculty for this technique. This Arthroplasty has been identified as the operation of the millennium. Subsequently I had the opportunity to interact with Dr Maini, Dr Nagi, Dr Sancheti and Dr Chaubal. At that time many young Indian Surgeons visited UK under ODTS Scheme. Majority of them had good training in Hip and knee Arthroplasty. After returning back to India the surgery of Arthroplasty was initiated atfour main centers Mumbai, Delhi, Chandigarh and Madras and Hyderabad.

Early in 1992 - 1993 Dr C S Ranawat visited Mumbai and performed Knee Arthroplasty and conducted a training program. At the dinner meeting an idea to initiate a super - specialty association was considered. During my visit to PGI Chandigarh, I saw Dr Nagi creating a special facility in PGI. Also at the IOA meeting Dr Dholakia, Dr Maini, Dr Nagi, Dr MS Dillon, myself and others had the idea to start the Indian Arthroplasty Association. It was initiated with Dr Dholakia as President, Dr Maini as Vice President and Dr Nagi as Secretary and myself and other 2 colleagues were appointed as the committee members. The first meeting of Indian Arthroplasty Association was held in Chandigarh in 1995. During that time the membership to the association was by invitation. The criteria was based on surgeon training facilities at the centre concerned.

In 1997 the second Indian Arthroplasty Association meeting was organized by me in Mumbai. This was an unique meeting since many eminent Orthopaedic Surgeons like Dr C S Ranawat of New York, Dr S Weller from Germany, Dr Larry Dorr from USA and eminentIndian orthopaedicians like Dr K T Dholakia, Dr K V Chaubalfrom Mumbai, Dr Sancheti from Pune, Dr Maini from Delhi, Dr Nagifrom Chandigarh, Dr Mohandas from Chennai, Dr Prabodh Desai and myself were the faculty members. Delegates from Pakistan, Bangladesh, Nepal, Sri Lanka and Muscat attended the meeting as well. The meeting was very successful and the finances laid by this meeting gave a lead to the first Fellowship program named as Dr KT Dholakia Fellowship. Every year two Fellows were given training at five hospitals in Mumbai - Bombay Hospital, Breach Candy Hospital, Hinduja Hospital, Laud Clinic & KEM Hospital, where Dr Dholakia was associated. The selected candidates were given an award of Rs.25,000/- each to support their sustenance in Mumbai. It was not only for Indian Orthopaedic Surgeons, but for Orthopaedic Surgeons from Bangladesh and Nepalas well.

For any association to prosper and grow economic stability is essential and being a superspecialty association it was difficult to arrange training programs. However, both the meetings one in Bangalore and the other in Goa were highly successful and gave a corpus of 5 and 15 lakhs respectively.

Currently the IAA membership stands at 500 plus and arthroplasty is much preferred and practiced technique all over India. In my opinion it is worthy to mention that the flip to development of art of Arthroplasty is mainly due to opening of economy by our past Prime Ministers Mr. Manmohan Singh and Late Mr. P. V. Narasimha Rao. Initially Hip Arthroplasty was most commonly practiced, however the knee arthroplasty was not a commonly practiced technique. Our Indian Prime Minister Mr. Atal Bihari Vajpayee underwent Knee Arthroplasty by Dr C. S. Ranawat in Mumbai and then the popularity of this surgery grew many folds due to exuberant exposure in media.

The return of well - trained surgeons from UK and also availability of training surgeons in various centres laid an increasing popularity of arthroplasty. In India the initial constrains were cost, non availability of implant and instruments which has swelled with many foreign corporates organizing training sessions on implants and instrumentations. I have observed that today arthroplasty is more sort of super specialty branch for young orthopaedic trainee. The IOA has granted affiliation to Indian Arthroplasty Association as a super specialty branch and a special half-day session is allotted to this specialty during its Annual Congress.

India has a large population of elderly people with increasing evidence of knee arthritis and hip arthritis due to AVN, Ankylosing spondylitis and Rheumatism etc. With advances in technology and biomaterials, arthroplasty would offer a lasting solution for the disabled suffering from impracticable problems in hip, knee, shoulder and ankle. Indian Arthroplasty Association will play a major role to offer this technique in Mumbai and all over the country.